Bradford Council has announced adjustments and postponements to a number of council meetings, as part of measures to protect public health while carrying out the local democratic process.

As a result of the current public health response, the meeting of the Executive on Tuesday, 24th March will not now take place in the usual way.

The business of the Executive will still be conducted, however, by means of a telephone conference call involving the Council Leader, Portfolio Holders and key senior officers.

The Council Leader will lead the conference call and, from the Executive’s indication of its views on the items, will request the Chief Executive to take decisions under her delegated powers in accordance with those views. These arrangements will mean that press and public unfortunately cannot be present.

The other Council meetings this week have either been cancelled or postponed as follows:

The Area Planning Panel meetings this week have been postponed:

The Council could not allow these to meet as they are usually attended by a significant number of people, which also made a virtual meeting impracticable. In view of the sometimes contentious items to be considered, it would not be desirable for officers to take these decisions under delegated powers. Items which require a member decision will be postponed until a meeting can be convened.

It is anticipated that one Planning Committee meeting (Regulatory and Appeals) could take place when it is deemed appropriate to do so, rather than the three provided for in the Council’s Constitution. This will only be held if it is possible to do so safely, in view of the numbers that may need to attend. The Council cannot currently provide a date for when this might take place as public safety is the paramount consideration.

The Council‘s Governance and Audit Committee has been cancelled as arrangements are being made for a particular item to be a delegated officer decision having consulted senior members. 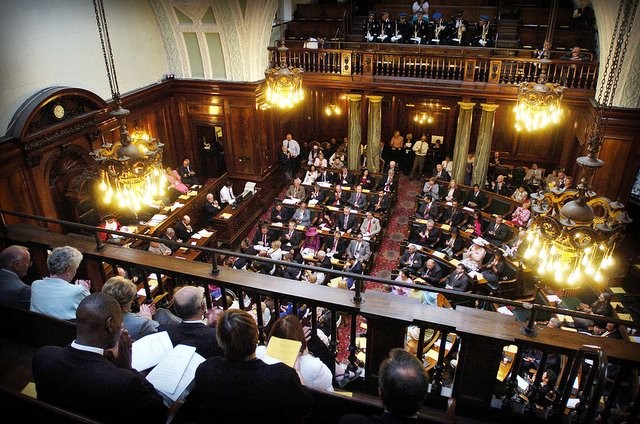 Cllr Susan Hinchcliffe, Leader of Bradford Council, said: “Even though we’re in the midst of a national crisis, the Council still needs to make key decisions about its running. We are working through the crisis and we will get through it. In the meantime we need to make sure the council has made the decisions it needs to now, so that the district can quickly get on with business as usual afterwards. Naturally the social isolating advice restricts how we can do this, but we have found a way of making decisions which complies with our legal advice.”

Parveen Akhtar, City Solicitor, said: “Protecting public health is paramount, so all local authorities are having to make adjustments in order to do local democracy in a different way. Given the vital need for us all to ensure physical distancing, this unfortunately means we also have to postpone some meetings where there is no alternative. We will continue to review the situation and make any adjustments as necessary.”

Please Donate To The Gateway